THE HISTORY OF AMERICAN GRAFFITI 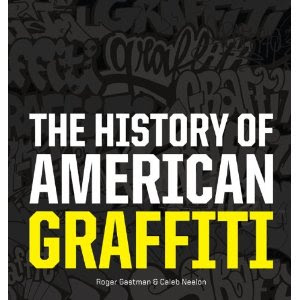 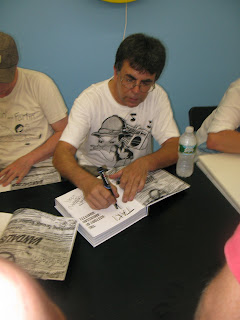 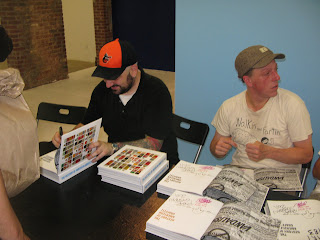 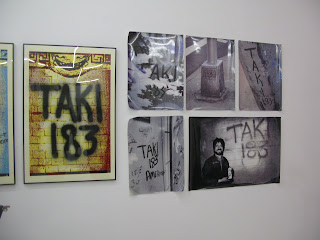 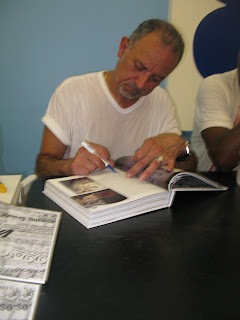 Like I said, I haven't been blogging much...Back July I attended a book launch party for The History of American Graffiti, Roger Gastman and Caleb Neelon's latest book. It was held at The Hole, Kathy Grayson's new gallery located on the Bowery in lower Manhattan. The big draw at the event was the presence of a group of New York's pioneering graffiti artists who are featured in the book. TAKI 183, SJK 171, SNAKE1 MIKE 171, LAZAR, ROCKY 184 and others signed books. The event drew more folks from art world circles than graffiti writers, but many were in attendance, like PAID 3, REVOLT, ZEPHYR, TERROR 161, WANE ONE, IVORY TM7, T-KID 170, DOC TC5 and giants such as LSD OM and FDT 56.

The scope of the book is quite vast, in fact if feels a bit like an encyclopedia. It covers modern graffiti from its beginnings in Philadelphia and New York but also touches on earlier movements like freight train monikers and Cholo graffiti. What really makes this book stand out is that it sheds light on many cities that have been generally overlooked like Kansas City, Cleveland, New Orleans and others. My personal favorite part of the book is the photo of a tag by JULIO 204, one of New York's earliest writers.. To the best of my knowledge it is the first and only book to publish such a photo.

The History of American Graffiti --The big picture!