Henry Chalfant is best known for producing two of the most historically influential documentations of New York's graffiti art movement. The book Subway Art (1984) which he co-authored with Martha Cooper and the film Style Wars (1983) which he co-produced with director Tony Silver. Each one of these projects have been embraced by the international graffiti community and have served as cultural blueprints for graffiti art movements across the world.


Chalfant was shooting during the peak of the New York City graffiti art movement and captured many of the era's most creative and influential paintings.  His previous documentary projects are amazing works, but only feature a small portion of what he captured on film.

His latest project, The Big Graffiti Archive produced with Max Hergenrother, will reveal the rest of Chalfant's collection. It features photographs of over 800 subway paintings—only a fraction of which has been previously published.  Chalfant has organized the works by the crews that produced them and is releasing such volumes periodically.  At this point three volumes are available.


Each volume promises to astound! The collection also features interviews with 50 artists produced by Carl Weston, of VideoGraf Productions.   I encourage anyone who has affection for this art form to go to iTunes and download them immediately. You won't be disappointed.

I eagerly anticipate the release of each new volume. 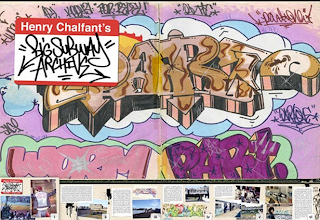 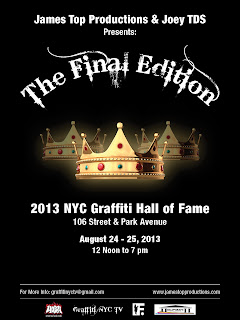 THE ART OF WILLIAM POWER

Studio visits are always a treat. It affords you an intimate look at technique and process.  Recently the artist William  Power invited to me to his studio to see some of his work.

William Power is a unique artist that defies category. He grew up in a generation that saw graffiti pulled under the umbrella of Hip Hop and this plays a major part in the concepts he explores. He utilizes techniques of graffiti and street artists such as spray paint and stencils, yet he is equally comfortable with paintbrushes and a fine arts approach. He fuses Hip Hop themes with religious iconography found in Renaissance paintings.

For the past year he has been rubbing elbows with many highly respected writers from the New York City graffiti movement.  REE MTA has taken Power   under his wing—teaching him traditional graffiti techniques.  Though he is not a writer in the traditional sense, the Ex Vandals (who have recently begun inducting new members) recognized his talent and he has joined their ranks.

On August 24. 2013 he will be participating in EPICS & ICONS, Evolutions of Urban Art—an exhibition curated by SinXero Art. There Power  will unveil his latest painting. It is a MUST see.

For additional details on the exhibition please visit www.sinxero.com.

His process and devotion to his craft is impressive. I can’t wait to see where he goes with it.  Big ups Will! 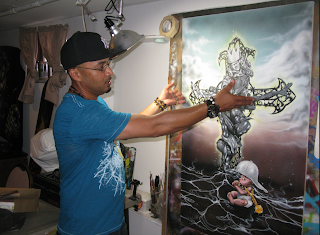 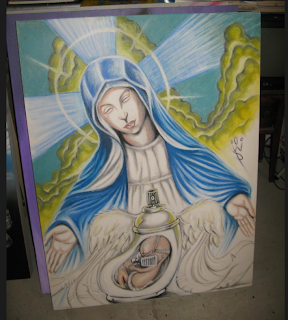 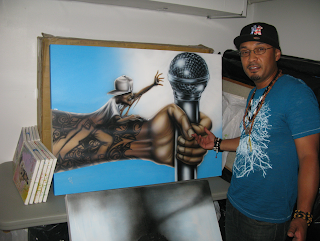 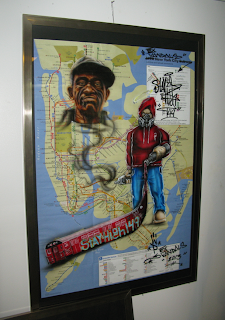 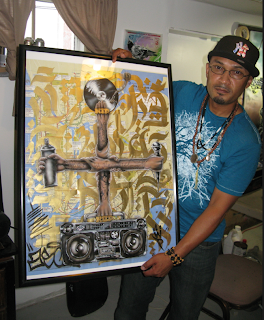